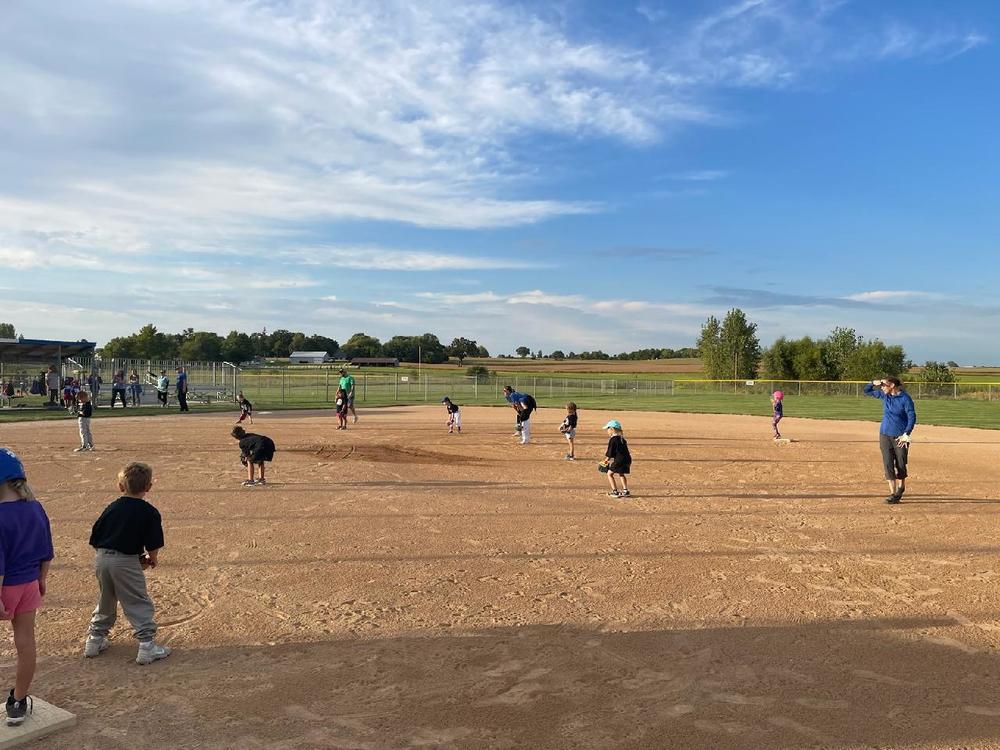 WEST LIBERTY, IA – The organization formerly known as West Liberty Youth Sports has pledged $10,000 to help fund the new athletic complex.  The WLYS organization was formed in 1984 by Phil McIntire and Jody Beaver and operated for over 35 years until transitioning responsibilities to the City of West Liberty Parks and Rec department.

“West Liberty Youth Sports was started years ago by caring parents of the town and has done very well with the support of the community to make sure kids had a fun safe experience playing sports,” said board member, Dustin Noble.  “This project exemplifies both of those goals.”

Youth Sports was created to give West Liberty children opportunities to try various sports, develop athletic skills, and compete with friends and classmates.  The program has organized softball, baseball, basketball, football, and t-ball.  A highlight for the community was the annual run that was hosted the weekend before the fair each summer.  Youth sports had high numbers of participation and support from West Liberty residents.  The organization ran on fundraising.  As interest in youth athletics increased, the board members found it difficult to meet the demands of the organization as volunteers.  In 2021, the decision was made to transition Youth Sports to the City of West Liberty Parks and Rec department.  This would better support the growing need and models how other communities support athletic programs for children.

“With the city now taking over youth sports it was important to us that whatever funds we had raised for youth sports went to supporting our comet athletes,” said Noble.  “We can't think of anything better than this project.”

The Youth Sports contribution is one of several gifts that have been made to the project by non-profit organizations.

“This is awesome,” said Activities Director Adam Loria.  “We have had several non-profits step up to make this complex happen, and I’m very grateful for the generosity of Youth Sports.  They had several options for using up the rest of their funding, and we are thrilled they picked the school project.”

Dustin Noble said as a parent and community member he is excited to see West Liberty getting the same quality of facilities as competing communities.

“This project is important because it’s an investment in the youth of this town,” said Noble.  “West Liberty has done a terrific job of getting by with what we have for years. Now it’s time for West Liberty kids to have nice things as well.”

Superintendent Shaun Kruger said that has been a driving factor for many of the donors that have given to the project.

“Starting my Superintendent career in West Liberty has been great,” said Kruger.  “I have met amazing people and feel this community has so much to offer families looking for a place to call home.  Everyone wants the youth to have the best and every opportunity to succeed.  That is why fundraising has gone so well.”